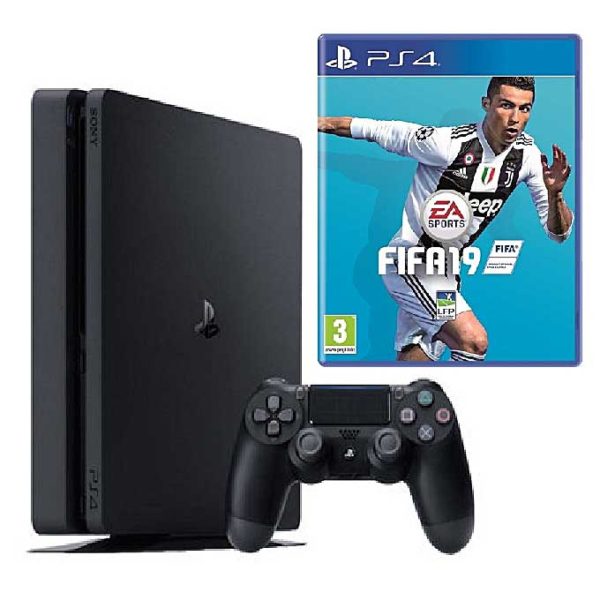 The PlayStation 4 system is smart enough to learn about your preferences, it is smart to detect your likes and dislikes, allowing you to discover pre-loaded content and ready to go on your console in your favourite game genres. PS4 users also can look over information for games shared by friends; you can also view friends’ gameplay, or obtain information about recommended content which includes games and movies.

The beautifully designed PlayStation 4 Console offers dazzling graphics, runs on a simplified and logical interface, and has a fantastic controller. It can also serve as a Blu-ray player and has a variety of streaming entertainment applications. The console is 2 inches high by 11 inches wide by 12 inches deep and weighs approximately 4kg which makes it very portable. It comes with two USB 3.0 slots at the side and a slot for loading blu-ray drive. At the back of the console, there is an optical audio, HDMI, Ethernet, and auxiliary port, which is used for the optional PlayStation camera. .

The CPU is a low power x86-64 â€œJaguarâ€ eight-core chip, the graphics are powered by a 1.84 TFLOP AMD Radeon â€œnext engineâ€, and it packs 8GB of DDR5 RAM. This is a really impressive high-end gaming system. The 500GB hard drive is replaceable with a standard laptop hard drive. Game lovers can appreciate the excess storage space knowing fully well that your favourite games can take up as much as 50GB space. The Dualshock 4 controller is remarkably designed to fit your hand perfectly which makes for easier and better control.

The PS4 is equipped with wireless 802.11 b/g/n protocols and supports bluetooth 2.1 which enables the Dualshock 4 controller connect to the game console. There is also a micro USB port for charging the controllerâ€™s built-in rechargeable battery. The gameplay is a dramatic upgrade from the PS3. Spend the day using Lucas, a shadow Marshall as he tries to stop a virus from diffusing into the city in Kill zone: Shadow fall. Test your basketball skills in NBA 2K14 or show which football team is the best in the world with FIFA14. Never a dull moment with the PS4 as you have a wide range of games to choose from. Whether you are an action, adventure or sports fan, there is a game for you. This is not just a game console, it is a complete high technology device.

Make amazing moves on the FIFA  as there are options of sprint dribbles, sharp cuts and beating defenders one-on-one, Players can move in any direction, preserving their natural momentum while maintaining possession of the ball.

Protect The Ball – Dominate midfield and determine the pace of the game.

Dribble with the ball at any speed while you get past defenders without any stress, Protect the ball from opponents to dictate play through the pitch and determine the pace of the match, Plus, show some strength on opponents for position before receiving the ball, then turn defenders to carve out opportunities

Pure Shot – Taking shots at the ball has been transformed, Players have the intelligence to adjust their kick strength and approach angle to find the best position for hitting the ball into the back of the goal net, shots that are well taken feel satisfying and goals are rewarding. As well as quality strikes, players can now shoot while off balance or rushed.

Teammate Intelligence – Better decision-making delivers tighter, smarter marking and improved run tracking, Defenders recognize opportunities to provide support and win back possession, Attacking players have new ways to outsmart their opponents and break down tighter, more intelligent defences by creating space for themselves, running along the back line and checking their pace.

There are no reviews yet.

Click to chat on WhatsApp or send us an email to sammesmartconcept@yahoo.com