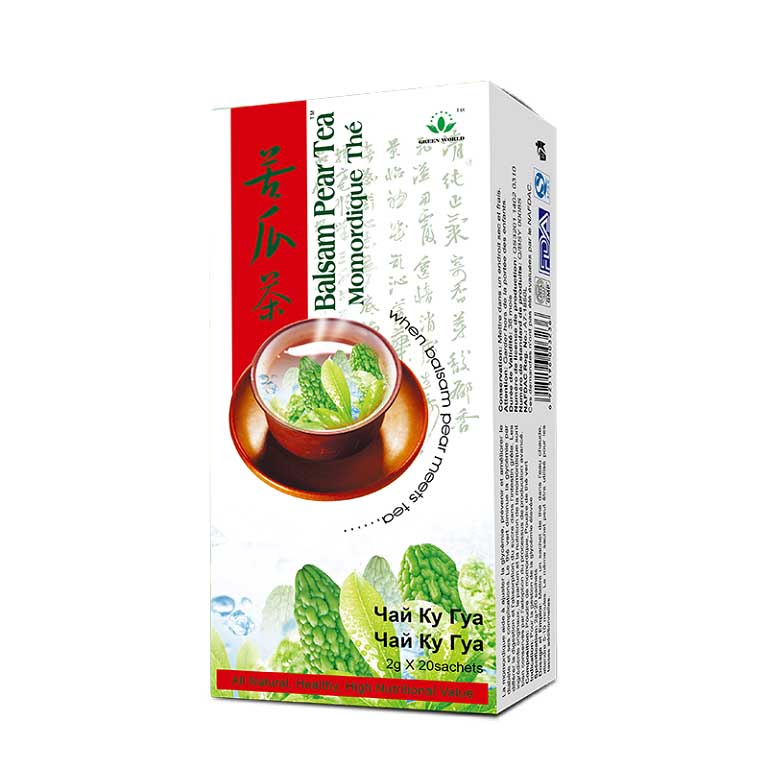 Characteristics and Benefits:
Repairs βcells of pancreas which is responsible for producing insulin;Polypeptide P – a plant insulin, reduces blood sugar and blood lipid level safely;Prohibits the absorption of glucose in small intestine, and reduces glucose in the blood stream;Alleviates complications of diabetes such as thirst and dry mouth.

Key Knowledge:
Balsam Pear is also called “cool melon”or “bitter gourd”, with its cold and brine nature, and rich contents of vitamin B1, vitamin C and many minerals, it relieves thirst, refreshes and nourishes the body and accelerates the metabolism. It also improves digestion and relives constipation.
Hypoglycemic effect of charantin and lecithin
Charantin was extracted from balsam pear which has shown hypoglycaemic eefect on normal and diabetic people. It was also found to increase insulin sensitivity.
Studies in the U.S. have shown that balsam pear contains lecithin that has insulin-like activity due to its non-protein-specific linking together to insulin receptors. This lecithin lowers blood glucose concentrations by acting on peripheral tissues and, similar to insulin’s effects in the brain, suppressing appetite. Due to its hypoglycemic effect, lecithin is also known as “plant insulin”. Presence of this lecithin makes it beneficial for alleviating adult-onset diabetes, also known as type ll diabetes.
Other compounds in bitter melon have found to activate the AMPK, the protein that regulates glucose uptake (a process which is impaired in diabetics).
Lecitin is stable in extreme environment such as stomach which is exposed to strong stomach acids and digestive enzymes. In comparison of insulin, lecithin acts more persistently and hardly developed resistance.
Green Tea has long been used by the Chinese to alleviate headaches, body ache, poor digestion and improving well-being and life expectancy. Green Tea is rich in bioflavonoids, polyphenols, vitamins and minerals, and one of its main properties to fight free radicals that cause oxidative stress in diabetes

There are no reviews yet.

Click to chat on WhatsApp or send us an email to sammesmartconcept@yahoo.com